Even if you've only heard the term from the news, you likely have some idea that an indictment is something in criminal law. If you're facing an indictment, it's important to understand what is and the implications.

In the American system, a grand jury has the duty of indicting people in a certain class of criminal cases. For example, all federal felony charges must go before a grand jury for review. Each state has its rules for what requires a grand jury and how grand juries are constituted, too.

Typically, a prosecutor will ask a judge to send a potential criminal issue to a grand jury. This is not jury in the sense you've likely seen on TV. A grand jury doesn't decide anyone's fate. Instead, it merely handles requests from prosecutors regarding subpoenas and indictments. Rather than deciding innocence or guilt, the grand jury decides if a preponderance of the evidence indicates a crime likely happened.

An indictment is a criminal charge. If a grand jury issues an indictment, a judge will have to schedule a hearing to begin criminal proceedings. The court has the option to issue an arrest warrant to compel you to appear, too.

You will have the right to hear a formal reading of the charges, ask the court to dismiss the case, and request bail if the court wishes to hold you. Anyone facing an indictment should talk with a criminal attorney right away.

Do All Cases Require Indictments?

No, many cases follow a less formal process. Suppose the cops arrest someone after a bar fight. The arresting officer will file an affidavit with the court attesting to what they know and why they arrested the defendant. If there are any questions about evidence, the reason for the charges, and what happened, the judge will sort these out at the arraignment hearing.

Generally, grand juries and indictments are reserved for cases that require extensive investigation. A prosecutor might ask a judge for the help of a grand jury so they can subpoena documents and interview witnesses, for example. An indictment implies the prosecution took its time before charging someone.

For more information on criminal cases, contact a criminal attorney near you. 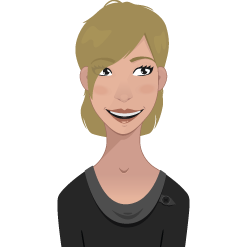